new Terraced garden in an Arts and crafts style

A sloping garden re-structured with terraces and stone features 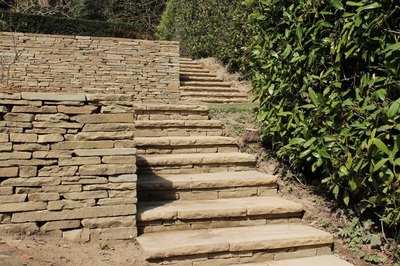 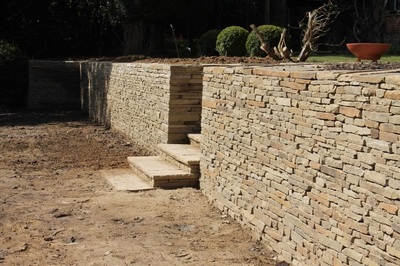 This was a steeply sloping garden which had been arranged into different levels of lawns and beds dissected with concrete slab steps. Our client felt that this layout did not have a clear structure and found that the sloping beds were difficult to maintain. The general plan was to formalise the layout by building in stone walls that would create flat planting beds and be visually pleasing features in themselves. The concrete steps were to be replaced with riven York flag staircases which would draw the eye whilst providing grip underfoot. A lot of the beds had to be cleared of plants due to the amount of soil being moved, however this gave the opportunity to start afresh with a planting scheme. 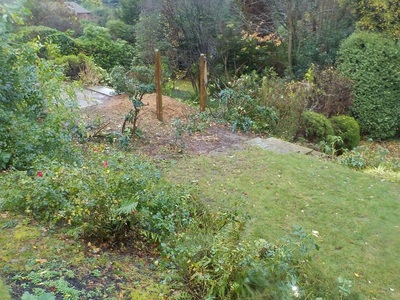 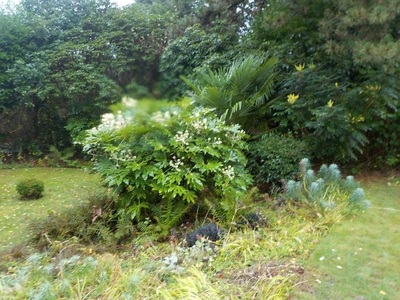 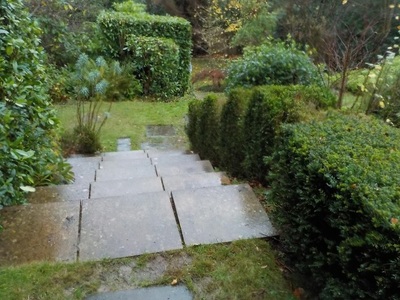 The first job was to strip out the garden and pull up the old staircases, then prepare the foundations for the large semi-circular bed and lower wall. With the delivery of the stone we started concentrating on the lowest staircase and then building the lower retaining wall of the garden. This included a large semi-circular planting bed which reached head height at its tallest point. 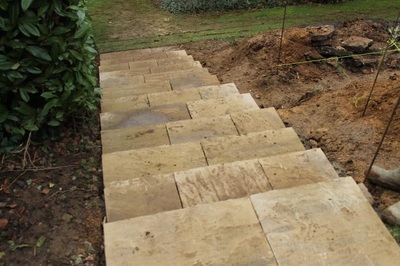 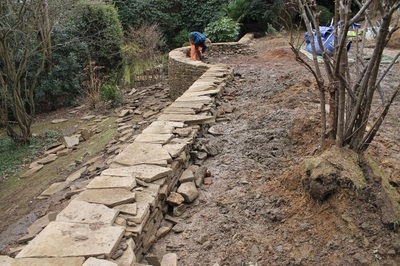 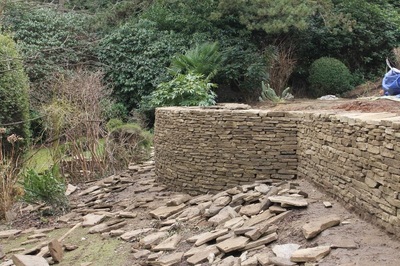 We then moved onto the upper part of the garden, which involved digging back a large sloping earth bank and building a tall stone retaining wall. We had now created two level tiers with much of the excavated soil used to fill the new lower flower beds. 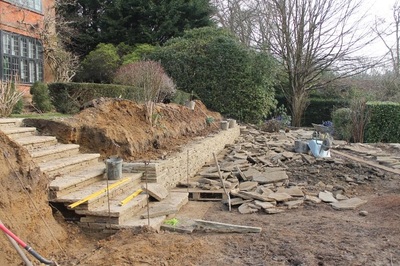 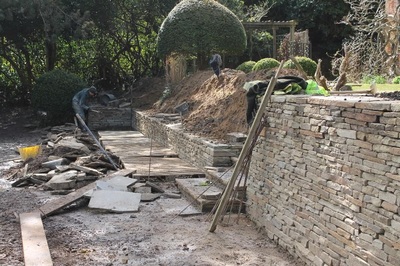 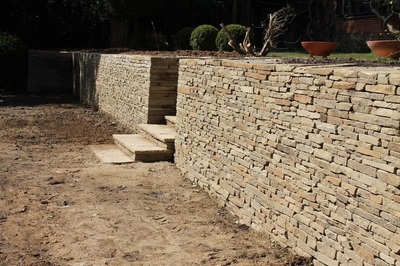 Having now built most of the walls and staircases, we returned to finish the lowest part of the garden. We created another sloping bed, lengthened some of the stairways and linked up the different areas of the garden with a large pathway filled with eco-gravel. 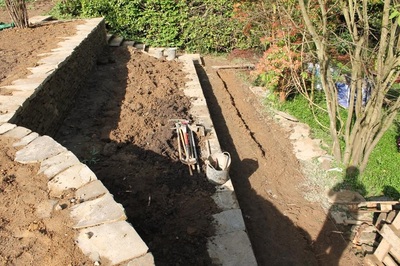 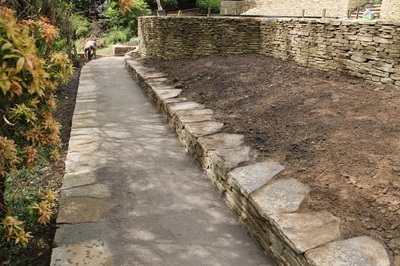 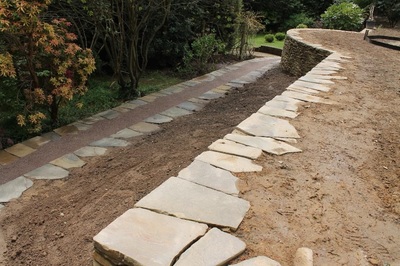 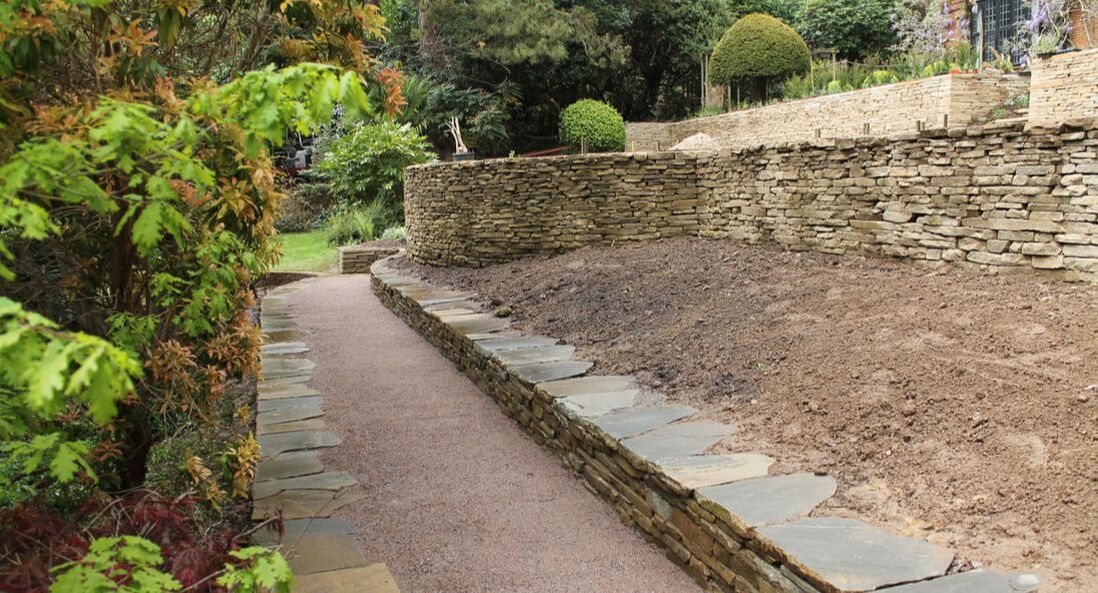 Next Project
back to the portfolio page